What Exactly Are DApps? A Step-by-Step Guide to Using Decentralized Apps 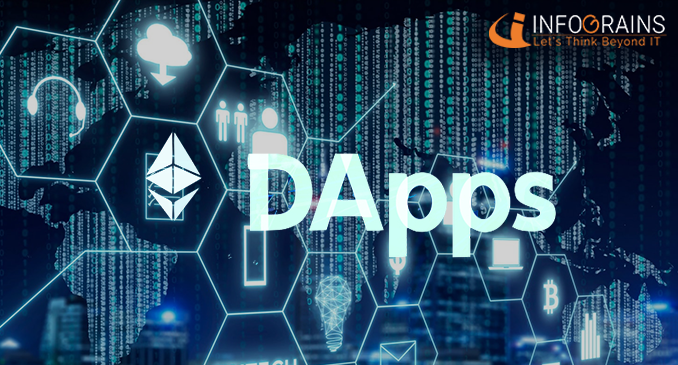 Decentralized apps, or DApps, are software applications with backend code that runs on a distributed computer network. This is in stark contrast to traditional programs, which are often hosted on centralized servers. DApps have significant traits and benefits over their centralized equivalents as a result of this, as well as other blockchain-driven developments. However, at this early stage of development, DApps have several downsides.

In this post, we will look at what makes DApps unique, what benefits they provide, and what hurdles they must overcome to become a serious threat to the centralized paradigm. So...

What exactly are DApps?

We can go deeper into the nature of this rapidly emerging sector now that we have a broad description of decentralized apps. But, first and foremost, it should be recognized that decentralized apps existed long before the emergence of distributed ledger technology, and there have undoubtedly been platforms – the original Napster and BitTorrent spring to mind – that have made extensive use of peer-to-peer networks. However, it was the rise of blockchain technology, notably Ethereum, that popularised both the concept and the 'dApp' term.

So, what exactly is Ethereum? After all, blockchain technology predates Vitalik Buterin's development by several years, with several blockchain protocols already in place when Ethereum arrived on the scene. Smart contracts are the quick answer.

As previously stated, Ethereum was meant to be a general-purpose blockchain capable of developing and supporting a wide range of applications. To do this, Ethereum developed a Turing-complete language called Solidity and used an ancient notion influenced by vending machine design. Ethereum was the first to promote the use of smart contracts in blockchain applications. Despite the appearance of multiple notable competitors, Ethereum has remained the premier platform for smart contracts and, as a result, DApps.

Decentralized apps rely on smart contracts to function. The logic of decentralized apps is defined using these self-executing scripts. A smart contract is similar to a dApp in that it already adds backend functionality to its original blockchain technology. When you combine it with a user interface that can make calls to the backend, you have something that looks like a traditional app but operates on a blockchain. Of course, many smart contracts may be written to provide more functionality and develop more complicated applications.

Given the prevalence of centralized applications and our familiarity with them, the issue of whether we need DApps emerges. After all, the centralized model works well and, in some ways, is superior to the decentralized method. DApps, in their current condition, have a lot of issues that need to be worked out. They do, however, offer certain notable benefits that point to their immense potential even at this early stage of DApp advancement. So, let's explore what dApps have to offer and how they compare to their centralized equivalents.

This is one area where decentralized apps excel. DApps are intrinsically secure due to their DLT nature. Decentralized solutions built on the blockchain or other distributed ledger technologies circumvent the single point of failure problem that plagues centralized server-based systems. Furthermore, blockchain and DLTs have strong consensus processes that make them extremely resistant to malicious assaults. Another significant benefit of DLT systems is their immutability, which means that information stored on such systems cannot be modified or otherwise manipulated.

This is one of the issues confronting today's blockchain systems and decentralized apps. It all originates from blockchain technology's limited scalability, which means that most blockchain networks today struggle to process massive amounts of transaction data at once. This frequently causes network congestion, especially when there is a great volume of dApp activity. CryptoKitties, a digital collectables game, became so popular quickly after its introduction in 2017 that it clogged the Ethereum network.

Scalability issues also result in increased expenses for using a blockchain network. Because executing transactions necessitates payment of miner fees, network congestion results in large cost increases, as users must pay more if their transactions are to be processed faster. Because of heavy network traffic, Ethereum, in particular, has a lengthy history of escalating gas prices.

One of the blockchain community's top focuses has been to solve the scalability challenge. Ethereum already has a variety of Layer 2 scaling solutions that are performing well. The platform is also undergoing big changes, including switching from proof-of-work to proof-of-stake and implementing sharding. Both of these enhancements are part of the Ethereum 2.0 project and are intended to make Ethereum more scalable by cutting transaction costs and power usage.

One of the most significant advantages of DApps is that, unlike centralized programs, they are open and permissionless. Because public decentralized systems such as Ethereum are not controlled by anybody, there is no way to limit access to a specific dApp. This also implies that censorship does not exist in decentralized apps. However, the open nature of dApps is much more significant when considering the sector's development side.

Because all DApps are effectively open-source, developers may build on top of one another's work, combining and recombining different pieces from different projects to create new sorts of apps and services. This fosters creativity and allows the space to expand and change in novel and often unexpected ways.

DApps in the Real World Today

The blockchain realm has already been home to numerous types of decentralized apps due to its ability to attract development talent and stoke creativity, and developers are continually exploring new ways to utilize the technology. DApps are already showing significant promise in some areas.

Defi apps are unquestionably the most promising use case for DApps at the moment, generating substantial investment interest and fuelling a market worth more than $40 billion. The rapidly expanding Decentralized Finance (Defi) area seeks to disrupt traditional banking by offering new methods of borrowing and lending money, as well as enabling the establishment of novel financial services such as liquidity mining.

Blockchain-powered solutions have the potential to disrupt a variety of sectors while also assisting organizations in improving their growth and operational efficiency. Enterprise-grade DApps have already made an effect in a variety of areas, including supply chain management, healthcare, and pharmaceuticals.

As previously stated, the first dApp to attain widespread appeal was a game. Following the introduction of CryptoKitties, a number of copycat initiatives attempted to emulate dApp's early popularity. While none of them has achieved the same level of success, games such as Decentraland and Gods Unchained demonstrate that there is still a considerable demand for gaming DApps. In addition, the recent surge in non-fungible tokens has demonstrated the potential of blockchain-powered digital collectables.

While blockchain technology is still in its infancy, there is already a compelling argument for decentralized apps. And, as the technology matures, dApp development will expand even further, allowing for the creation of more sophisticated apps and the emergence of new types of DApps. It remains to be seen if decentralized applications can surpass traditional apps, but they appear to have a vital role to play in our digital future.

Do you want to create a DApp for your company? Infograins Software Solutions can assist you! Our managed app development is a top choice for businesses wishing to use DApps and blockchain technology, and our experts have extensive experience designing apps with these factors in mind. Contact our team of professionals immediately for a detailed price and construction timetable.